You are here: Home / Neighbourhood Agreements 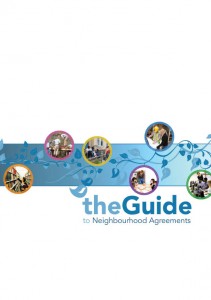 produced by the NANM with the Institute for Political and Economic Governance (IPEG) based at the University of Manchester on behalf of Communities and Local Government.

The guidance is split into six chapters. Each of which can be downloaded and viewed here: