You are here: Home / Archives for planning
The Campaign to Protect Rural England, CPRE, welcomes the additional funding released by the government for Neighbourhood Planning and other Community Rights and hopes to revive and expand its own support for CPRE branches engaging in Neighbourhood Planning.

Despite some of the rhetoric that preceded neighbourhood planning, the CPRE makes it clear that in their view the neighbourhood planning measures enabled through the Localism Act are not about empowering communities to arbitrarily block development that they don’t want imposed on them. Communities of all sizes need some development. Planning, at whatever scale, from neighbourhood to national, provides the context within which development needs are assessed and prioritised, opportunities identified, and solutions realised on the ground.

We’ve spent the past few months reading as many community-produced plans as we can from Big Local, as well as other neighbourhood-change projects –  especially neighbourhood planning and neighbourhood budgets (now called Our Place!).

As part of  this we held workshop on 18 June in Barnfield, SE London getting people together to share plans from different projects across the country to see what they have in common. The answer is… a great deal! Common factors included  – reflecting community aspirations more than those of public agencies, capturing and empowering individual action as much as action by groups of formal bodies, and an underlying bias towards inventiveness, entrepreneurialism, and creativity.

We heard from Donna at Voluntary Action Camden about neighbourhood planning in two very different London communities – Somerstown, a community dominated by social housing sandwiched between two mainline stations, and Bloomsbury a community on the edge of London’s West End with extremes of wealth and poverty.

We also heard from the Barnfield Community Group about how they are using the energy and expertise they developed through five years of Well London, to now develop a Big Local Plan to use £1m of Lottery money their community has received.

Jenny Frew from CLG also talked about the ‘community rights’ support which communities can use for free via http://mycommunityrights.org.uk/my-community-rights/

* NB – a few days later CLG then launched  Our Place! which is a massive expansion of neighbourhood budgets with a £4.3m enabling budget

And we heard from the chair of the Grove Park Community Group about how they are looking for ways to make positive changes happen in their neighbourhood whether that’s through community planning or other ways.

If we were getting really carried away we’d say there’s a bigger theme here of de-institutionalising and re-humanising communities, tapping into personal passions, enabling enterprise, and creating value. We might even argue this points to a new breed of community action or even a ‘movement’.

We were also struck by the language CLG used around community-led change in relation to neighbourhood budgets – (and the newly launched Our Place!) which was quite a shift from what began as much more local authority-led processes two years ago.

And another thing we found interesting were the routes these and other projects look like they might be going down. For some it’s too soon to say what route they are on – but some seem to have chosen different routes which might take them to quite different places. See our next post for more on this.

Telford & Wrekin Council has received £60,000 from the Department for Communities and Local Government (CLG) to take forward Neighbourhood Planning in three neighbourhoods. Waters Upton, Madeley and Ercall Magna Parish Councils will be among the first in the country to take part in the Neighbourhood Planning Front Runners Scheme. Read more 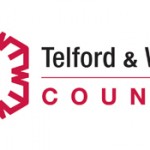 Eight business groups in the UK are to trial the governments plan to allow businesses to lead the local planning process. The eight frontrunner areas will test out an approach being proposed in the Localism Bill to develop a business-led Neighbourhood Plan for local business areas and town, working with local councils and community groups. Read More (login required)

Residents of Kirkcaldy are set to embark on a process of neighbourhood planning with Fife city council and Sustrans Scotland. Local residents will be looking at the problems in their neighbourhoods – from speeding traffic, rubbish dumping to social isolation, lack of green space to rat-running and will work with partners to redesign their streets to solve these problems.