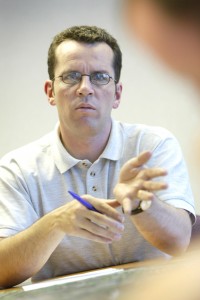 executive of Bradford Trident, the development trust working in the Manchester Road area of Bradford which was awarded ‘Regeneration Partnership of the Year’ in 2007. He is a founder director of the National Association for Neighbourhood Management and previously a government neighbourhood renewal advisor.

A Cambridge graduate, Steve has 10 years private sector experience in manufacturing as both a production engineer and an IT systems specialist. He has spent the last 15 years working in community regeneration and neighbourhood renewal, initially in London, where he was programmes executive for a City Challenge company and SRB director for a local authority.